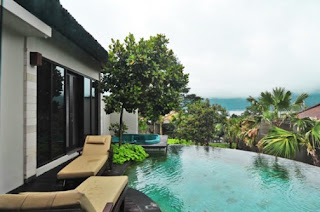 A friend got an awesome deal on The Ayu Kintamani that I just HAD to take it.

I think I deserve this after the last few months that I had.

This is to start off my travelling resolution. I have already purchased tickets to Beijing and Shanghai. On top of that, I am aiming to go to Cambodia and Vietnam before the first 6 months of 2013's over.

Don't worry, I will be blogging from Bali. And from everywhere else I will be at, IF we cross over to 2013.

I was talking with a good friend of mine one afternoon about how things are with the both of us.

He told me about his slight weight gain after he discovered a substance that he's been taking for his bodybuilding, and I told him about the weight I loss, not from exercise, but more from the eat once a day habit that unintentionally adopted over the last few weeks.

See, when I zone out at work, I get home drained out and tired. I go straight to sleep. I only eat 1 meal a day and that would usually last me the whole day.

Because of work, I would not have any time to feel hungry.

The subject goes to Christmas and Christmas presents and wishes.

He asked what would Santa be bringing me this year. I said... Nothing.

As for Christmas wishes, I have plenty. Most of which, requires a miracle.

"What would you want, as a Christmas pressie? I will be your Santa. And I loathed giving things people don't use or need. So you better tell me precisely what you want."

I asked for an interval timer, for my workouts.

There are stuff that I'd love someone to get for me. Louboutins, Blahniks, Gucci bags, Lululemon stuff.

But as fate has it, I will have to work my ass off to get those myself.

Recently, through careful logistics arrangement, I was able to get my first soul mat from Manduka. 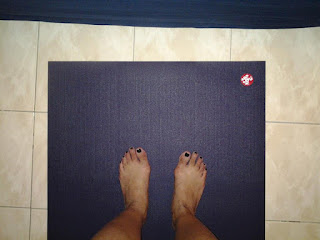 I am ecstatic. Time to bring my practice to another level!

After much consideration (Well... 3-5 minutes worth of that on the phone).

"Buy me an interval timer, for my workout." I said.

Now it will great if he can get me this, which is something I have been thinking to get for myself for Christmas; 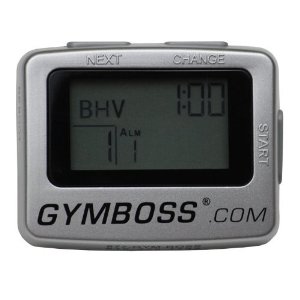 But I will take what I can get.

So what do you want from Santa this year?

There's a reason why I do Yoga.

For one, at any one time, I will be stressed.

For now, it's because of lack of sleep.

And my dissatisfaction of not being able to go to gym  and do a proper headstand for two weeks. 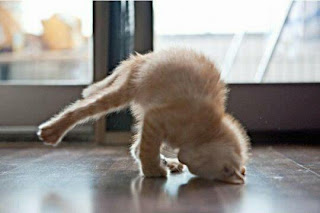 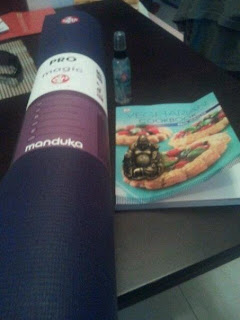 I admit. The mat cheers me up.

The rules of attraction

It goes beyond logic.

So it doesn't matter how nice a person is... if there's no chemistry, there is no way anything can go from there.

Sometimes I do think about the chemistry I have with the men I met. I have the tendency to date 'fit' men. I am not used to dating anyone who is not, anymore.

I have only dated one person who was obese overweight, and I think he still is.

In my case, I had always been, and I think I can speak on behalf of the women's population here, attracted to bad boys... aka... bastards.

And yes, I ignore the good ones, putting them into the friend zone, never to be considered as a person I can be with.

I am also highly attracted to men who knows what they want, who is athletic, who can at least.... make me feel as if I am ... well... controlled.

And I do still have a weakness for bad boys... but a friend once told me, the one good thing about bad boys, is that, when they love you, they truly will love you. A changed bad boy is the best man any woman can get.

I can vouch for that, after all, the one who who got away, who is now in the UK, who is now a lawyer, who is now married to a woman who shares my name, who now has a daughter, was the baddest ass, who by chance, met with a bad ass girl.

In a way, we domesticated each other. We learned the meaning of commitment and we learned that we can't stay bad forever, edgy... yes... but it's impossible to stay bad when you are in love.

No,  I am not in love, nor am I in a relationship now. I am in the process of being in one.... and hopefully, this can be the final one that I will ever need to do a trial and error on.

Well, one can wish and hope.

Life.... and everything about it

Usually, we will pause and lament on all the stuff that we have done when the year is about to come to an end.

We would like to think, that figuratively, the new year will bring a sense of renewal, even if the renewal comes in the smallest form.

I spent the last weekend alone, alcohol free and working my fat ass out in the gym. I am not sure what I want to do this weekend. I have received a few invitations from a couple of friends who knew that I have been feeling like crap for the last few weeks.

I don't know what will 2013 bring. I don't even know if I am going to be alive in 2013. Life is too short for me to make any kind of plans. Life can be taken away, just like that, in a matter of seconds.

I know travels seemed like the only way to go. I will be hitting 34 next year and that's a nice number and judging on how I look now, I dare say that I think I am good, for now.

If God is gracious enough to let me live the rest of my life by doing what I hope to do in 2013, I am thankful.

I am writing this not because I had to write. I write this because I feel just that. 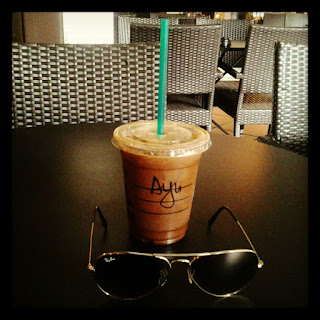 A yoga sense of mind

I was told by a friend that when he sees me doing Yoga, I sort of...

It was like I am in a space-time continuum.

I'd be unapologetic about it most of the time. I believe any one who is a Yoga  nut would agree that that's exactly what we want. That's our ultimate objective... to zone out in our practice.

I jokingly told my friend.

It's that one thing that I can lose (with one 'O') myself with, the realization that my practice is my own. When I am practicing, no one cheats and no one dies.

It's the perfect world for me.