Professionally, I have been managing operations for 3 years. If I am still here in April next year, I would have been with this company for a full 5 years.

Personal life wise, I am still single, although I do have a lot more dosh then when I was starting out. I look a whole lot better and physically, I am stronger and fitter. I have fallen in love with a person who died, and a part of my heart died with him.

But that's another story.

I just want this year to end. I just want to start a new year fresh with new possibilities.

I am at a crossroad right now. I wish I have a bendy body so that I can take on my Yoga practice with ease. I wish I can have someone to go home to and to just talk about stupid stuff and lip syncing to crappy old cowboy movies. I wish I can have a totally new project to challenge me at work.

I also wish I can take off and leave this country to find out what I can do out there in the big bad world.

I am glad that I became the person that I am right now. I am glad that I decided to live my life under my own rule and not others'. There's nothing about me that I would change.

Well... except for my bum and thighs. But I will soon get the pins I finally deserve.

I have faith in myself on that.

I will try to blog more often too. If it is indeed going to be the end of the world in 2012, let us go out with a bang.

Love and a Happy Belated Halloween to all, 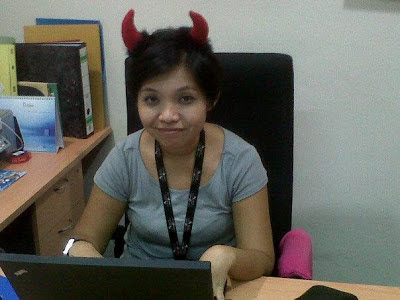 Posted by Sarclover at 12:04 PM No comments:

A couple of years ago, my blogger persona was attacked by a crazy so called 'blue-blood' idiot and also a judgmental 'pot calling the kettle black' dumb ass.

Because of these two, the blog scene that I was a part of, changed. Even my private FB account was not spared.

I do not know if the 'Blue-Blood' schmuck is still blogging, but the dumb ass, after being bombarded by other bloggers, decided to shut the blog down.

These two played on other people's personal life, and made shallow attacks on other bloggers they deemed 'pretentious', without realizing that, in fact... they are the pretentious ones.

I put my blogging activity on a hiatus for about 6 months before I decided to start over.

But I never attempted to privatize my blog.

Amidst all of the online content control shit, I still believe that writing and telling people what I feel and what I have reluctantly gone through, is my God given right.

It was a shame. A lot of people whose blogs were worth a read, decided to shut down their blogs almost instantaneously.

Although I have to admit, I am not as emotional as I was a couple of years ago. My blog has no inkling of anger and frustration, although the last few entries were sombre and sad.

I am still opinionated, but I decided that caring too much about something that was not even worth my time was tiring. These people who has the narrowest perspective of things, and who barely knew the people they trashed on, never knew that what they have said about some of these bloggers (One of the blogger was a closet gay guy) had possibly scarred that person for life, are obviously unaware of one thing... who will always be a bitch...

Her name is Karma.

One way or another, she will hunt them down, and stuff her medicine down their throats.

It is a shame I would never know how.
Posted by Sarclover at 12:20 PM No comments:

I vs the rest of the world

I never understood the 'Muslim' women's psyche of being guided by the husband.

Seriously, I don't see why we should follow what the husband thinks. I do not think there is such a thing as a significant other or the other half.

I am my own person as far as I know. I think I make more sense than the other men I came across.

Men and women are equals. Men should respect and listen to women just like how he would, another fellow human being.

I also don't understand the need for me to have a husband who is religious.

Of course, if he is into Yoga, with nice shoulders and ass, funny and sexy at the same time is a huge bonus.

I am a Facebooker and an occasional Tweeter.

Unless you have been living under a rock since 1979, I am not an author or a bird.

I am told that I am an interesting Facebooker. I have 140 over 'friends' on my list. I am only close to maybe 10 people from that list, and all the others are my ex schoolmates, college mates, cousins, aunts, sibling and my Mum.

Now, it's not my unimpressive friends list that makes me an interesting Facebooker. It is my status updates. I think about things constantly. I 'gobble' literature like I would low fat wheat bits. I read all kinds of stuff.

I even read a book written in Jawi (Malay language in arab alphabets) about a great religious man, who I only knew existed when I read about him in the book.

Recently, I have come to love reading quotations of Buddha and the Dalai Lama. I find it a peaceful insight compared to all the other heavier stuff I have read.

As usual, I quoted interesting Buddha's sayings on Facebook.

My Mum called me up asking me if I am going to convert to a Buddhist.

'You do know that you have a religion?'

Harsh I know, but I felt patronized. If you know me, I don't choose who I am sarcastic with.

Maybe the fact that I do Yoga and wear Mala beads on my left wrist triggered an 'oh-my-God-my-kid-is-going-to-be-a-frikkin-freethinker-and-I'm-a-bad-parent' alarm.

The fact that I am taking care of myself and having a good job and is not a serial killer is enough to justify the fact that my parents are good parents, despite them using me as a child laborer since I was 10 when I had to cook and clean the house because I was the eldest.


Being brought up in a traditional Malay Muslim settings did nothing for me. All I could learn from it was that, it was a form of invisible restrain on myself as an individual. My place as a woman was preconceived for me by a group people I never cared about. I learned that God is an entity to be feared, instead of loved, and at a  very young age... I truly believed that just by saying 'stupid', gives me a ticket to hell.

Understandably... I don't have a good impression of my birth religion.


What I did after the call was something that I should have done a LONG time ago.

I limit my profile visibility.

Moral of the story - Don't include your family in your FB.

.... and Oh... beware of lukewarm spots in the swimming pool. 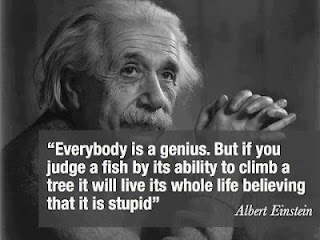 A friend of mine referred to me as the fashionable hippie.

I am perfectly happy wearing casual hippie stuff but I have a weakness for Karen Millen's dresses and beautiful heels and bags.

While I am not so much a make - up person, I wouldn't exactly stray away from buying MAC / Chanel stuff.

My knees go weak at a whiff of Chanel No. 5s or Thierry Muggler's perfumes.

I know that Yoga is supposed to be a practice that should be full of humility, however... I can't say no to a Manduka, or a Lululemon top/pants/jackets.

I am a terrible hippie.

Bitterness and self righteousness

I am a bitch at work.

I am also fairly reasonable. I base my opinions on facts and numbers. I am hard to deal with, no doubt about that, but my terms are negotiable.

I try to not bitch about other people I don't know. I am not righteous, I am not a saint.

I suck at pretending, I can't fake anything for fucks.

Therefore, at work, if I don't like something that was said, you can see it on my face.

That said, I don't understand why is it that people from other division think that I am a stuck up, that I slept my way up and that my staffs hate me.

Just because I look better than those other women and put on make up to work.... I slept my way up?