There is nothing in the world that could irritate me more than skinny Chinese promoter girls coming to me with brochures from slimming spas.

To them, I am huge and abnormal and is in need of expensive slimming treatments. To them, being stick thin is the way to go.

I go to the gym, I do yoga, I eat healthily and I am not stick thin!

So if you are one of those promoters who are trying to hand me your godawful brochures and I give you the hand, I would like to apologize in advance. Let me be totally honest here, you irk me and I hate it. I wish I can pound you with a 10 KG barbell.

To all other women out there, you are already fabulous, don't have to stoop down to their skinny level. No need to be a frikkin' stick, and no need to be fairer than a baby's ass.

Love your (Healthy) curves and love yourself, no matter how you look. Tan and curvy is sexy, skinny and fair is not.

FYI, men do like a bit of flesh. I personally wouldn't want to have a stick as a girlfriend. ;) 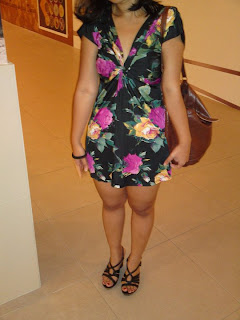 This cute dress is not helping the bloc I am having.
Goes the same for the cute shoes. Dammit!!!
Why can't they have extra brains in malls for purchase?
Posted by Sarclover at 3:31 PM No comments:

I am scared of being in a relationship because I am scared of feeling dejected when the other person decided that I am not the one.

I am feeling... breathless. And dizzy. I need therapy. Never thought I need one.
Posted by Sarclover at 12:00 PM 1 comment:

I was watching the movie, Precious with my parents when this topic of discussion came up.

This was when I found out that my family knows next to nothing about me and principles.

Precious is a brilliant movie based on the novel by a prominent poet and writer, Sapphire.

It is about an obese young girl who lived with a dysfunctional mother, who despite being only 16, has had two babies.

The two babies are the poduct of rape, done by her own father.

My Dad, thinks that this is proof that westerners really don't have any sense of humanity and that their lack in religion is the product of all this, animal behaviors.

My Mum thinks that this happens more in black families. Because black people are apparently bad, bad people.

This ticked me off.

I think Muslims are not better off. I don't think blowing up a building full of people, hijacking people and exercising obvious discrimination on women is a representation of humanity. In this case, their false and moronic belief in religion that is actually peaceful, make them animals.

Humans do it because of blind spiritual race of supremacy.

But... I think even animals have more heart than them. At least animals had to do it because of survival.

And this applies to all wars that are caused by religious differences. The struggle between Palestinians and Israelis for one.

The way I see it, both are religions that believe in the end of days. So when it is the end of the world, what does it matter which religion won?

I did remark in FB that there are only the good and the bad in the world. Even God said that the only thing that would set you apart from the other on judgment day is the good that you have done, the things and ibadah that was done with sincerity.

God said nothing about having to be a specific race in a bid for his blessings.

What happen in the movie could happen to anyone, fair or dark, Malaysian or not, Muslim or Jewish.

Race or Religion does not dictate what a person is capable of doing.

I came up with a couple of pretty sarcastic remarks to my parents, which actually kind of shut them up.

I mean, I love them, and I know as a young person, I ought to respect my parents.

But I also know that it is my duty as a human to make other humans know it when their opinions are questionable. I don't and never will condone discrimination, or double standards. I have strong thoughts on this and so I am not going to shut the f**k up.
Posted by Sarclover at 11:56 AM 2 comments:

I think I might just be something else altogether...

Unlike other people, I don't blast raya songs in my car.

I guess, the shopping complexes all around made Raya songs overkill for me.

Unlike other people, I also don't buy gold for Raya.

I don't wear gold. I am more interested in buying things that has character. I bought a RM 150 silver necklace because it was made in India.

Unlike other people, I don't cry when I ask for forgiveness from my parents or grandparents.

My heart is now made of stone. It takes a lot to bring me down or to tick me off (Although I don't know if that is an advantage or a dis-advantage?)

But despite all that, I have a family who is like everyone else. :) 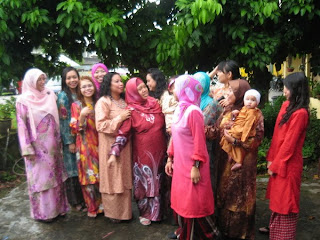 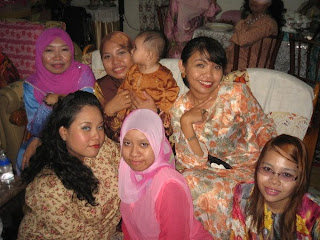 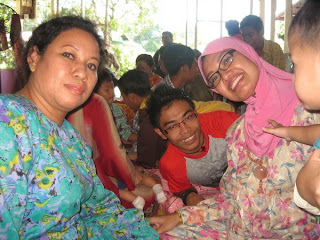 Posted by Sarclover at 4:41 AM No comments:

A few days when I thought that it really did not feel like a frikkin' vacation at all...

1) I am still on my Blackberry. The next time I am going on a vacation, I am giving the bb to my boss and have my TA trained to the max.

2) I am still doing reports about my project, somehow feeling the out-of-office notification I set did no justice whatsoever!

4) I am second hand smoking. Cancer sticks galore... I have three smokers in the house and getting away to get my own clean air is near to impossible. 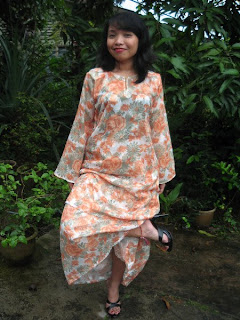 One leg up, and the other standing strong.
Selamat Hari Raya Everyone...
Have a Blessed one!
Posted by Sarclover at 11:19 AM No comments:

1) Give friendship a second chance. Yes... better just unfriend me in FB. Apparently, I can just sock it to myself. No more.

2) Get to know an NSA more than I should. Now I have this whole shitty thing of trying to not have feelings la pulak... sangat bodoh.

3) I should have never been involved in so many effing relationships. It was tiring and now I am just paranoid!!

4) I should have never think too little of myself

5) BUT.... I should have never think too highly of myself too.

6) I should have never taken my body for granted... I am like an overstretched balloon that is now all shrunken up... Oihh... all that overstretching takes a toll on the body... and all those clothes I couldn't wear back then... Boy... 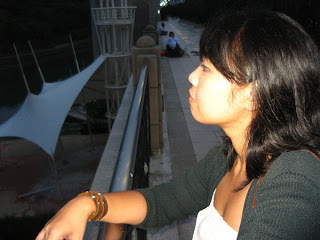 Will blog on Raya with loads of pikchas!!!
Posted by Sarclover at 2:14 PM 2 comments: 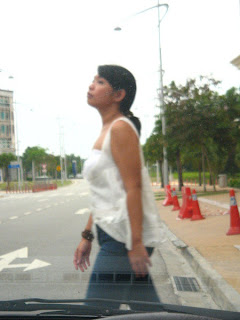 Friend : I think I am in love
Me : .....
Friend : Have you ever had that feeling that you know... you are just in love ... and this guy is....
Me : I don't remember.
Friend : Huh?
Me : I don't remember. All I remembered were the fights, the crying... buckets of it, the confusion, the break ups, the alcohol, the rebounds.
Friend : ....
Me : I remembered questioning myself and the relationship. But if you said that it feels(Bats eyelashes)
Friend : Umm...
Me : Come on. Feel better that I am actually envious of you. But don't let amnesiac me get in the way of whatever you are feeling with your beau. I am me, Sarc... what do you expect? Buttercups and pink balloons?
Friend : You don't remember or you didn't want to remember.
Me : Ooh... I have options?
I love my friends for still being able to be friends with me. :P
Posted by Sarclover at 2:28 AM 4 comments: