Enough already about the end of the world! 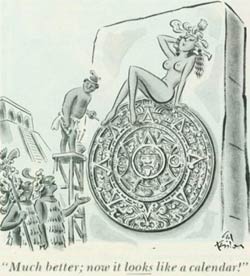 Know that whatever will come knocking next year, at least we lived 2011, with a clean conscience.
See you next year!!
Posted by Sarclover at 5:13 AM 1 comment:

The green eyed monster... and how I locked it out.

Envy is a bad mofo.

Every now and then, it sneaks up to you and whisper discouraging words to you.

How you are not good enough, how you'd wished you're someone else, with someone else's life.

I was with The Scotsman for Christmas. It was something that I didn't expect, him wanting me to be around on Christmas.

We were both sick for the past two weeks, him with Viral fever and me, with Tonsilitis. I kept in close contact with him all throughout the week. I made sure that he is taken care of in my absence. Bought him drinking water, medicine and asked if he needed any food.

The reason why, I did all that for him was not because I am head over heels for him (Which I never allowed myself to be) but it was because of Karma.

I know it would probably be better for me if say I was the one who was all alone in another country with no family or good friends to rely on.

I was genuinely happy... and it was so good for my karma.

(Well... except for the time when The Scotsman said that he didn't get Sarah Jessica Parker because she looks like a horse. @_@)

Now to find someone like The Scotsman, but who would have no problem with long term commitment, and who is my age. 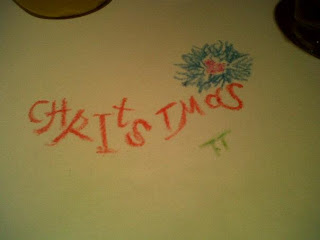 This year, I am loving it even more.

It falls on Sunday so we had a chance to have a long weekend.

I love long weekends when it is an actual US PH because I don't have a reason for me to think about work.

And I love that my staff is finally able to relax and chill in the office because of the low call volume, having a blast, laughing and joking with each other.

After a great Christmas Party... 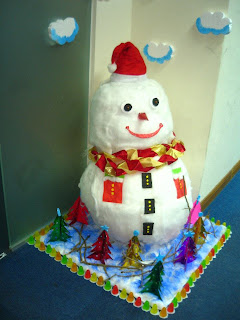 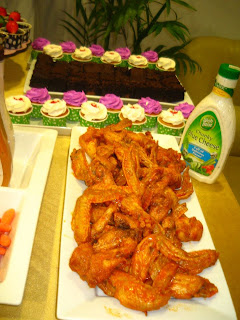 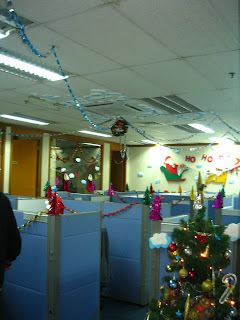 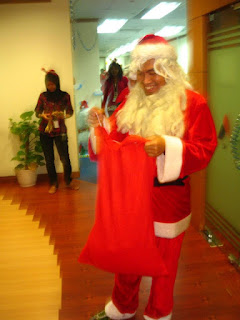 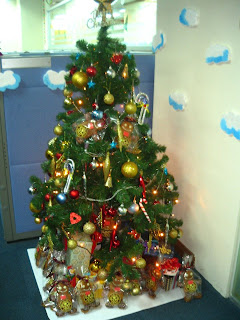 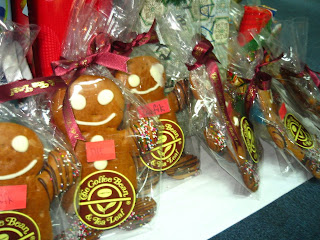 They deserve that bit after what they have been through. 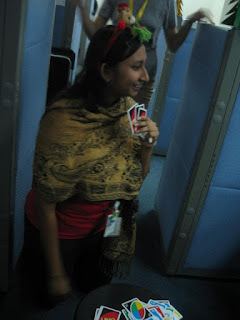 ﻿
I was sick for the whole week, so I am just glad that I am now feeling so much better and ready to rock Christmas and the new year.

And of course, my moment of frolicking with little Liam!!! or Idgit!!!! 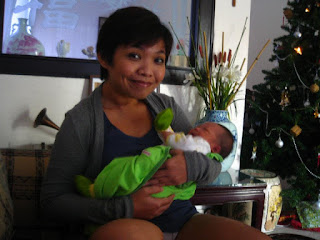 Liam : Dowaaaannn... Boobs too SMALL!!!!
HAPPY CHRISTMAS EVERYONE!
Posted by Sarclover at 12:13 PM No comments:

Anyway... Nowadays I spend most of my late afternoons working remotely from my favorite restaurant in Bangsar.

I have made it a habit for me to start my work hours earlier so that I have an excuse to go back earlier, as in... when the skies are still pretty much dark...

I found out that this schedule works for me.

Never mind that I am known as the chick(Who am I kidding, I am about to be 33 next year) woman who orders Capuccino everytime (I swear, this place makes THE BEST CAPUCCINO in town!) and whose timing is like clock work.

I will be in the cafe from 5.30 pm onwards, with my java, my work laptop and all manner of documents on my table.

The only time when I would not be seen at this place, slaving hanging out with my favorite designer effing coffee would be on the weekends, with the occasional quick breakfast on Sundays.

And Uh... I am aware of Christmas by the way... presents are bought and dress ready... hoping to snuggle up with The Scotsman under the mistletoe in some Christmas party.

Actually, I am more excited about the long weekend more than anything. :)

Okay... I better get my ass print off this seat and head off to work.
Posted by Sarclover at 4:44 AM 1 comment:

So, it's been a rather weird weekend.

I was out on a colleagues' birthday bash last Friday, the first 'proper' Friday night since as long as I can remember.

We headed out to a pub in Hartamas.

Lo and behold, I saw a guy fling that I went out with one time ago and also...

I can handle the ex fling... but I wasn't quite ready for Lululemon.

I have not seen him for the last 3 months or so. It was a decision that I have come to, privately and quietly, having no reason for me to even tell him about the reason.

The last few months was a self revelation period to me... somehow.

There he was... looking gorgeous like always, in a black t-shirt and jeans. He walked over to me, not caring about whoever was around him and hugged me.

He whispered into my ear that he misses me and it had been a long time.

All this happened in the crowd, away, thankfully from my colleagues.

I told him that it was great to see him after so long, and he smiled and nodded, offered for me to join him, to which I declined and quickly replaced with a :

Less than 15 minutes later, he called me, and texted me (because I was not picking up), to tell me that it was a great night for him, and that it was because he met me.

And he also took the courtesy to inform me that he was not with another girl (I was asking to see who he came with, to which he quickly interjected that he was with a couple of guy  friends).

As for the long time fling... he saw me alright... but he was with another woman, which was totally alright with me. Afterall, I don't think that I can actually handle two man encounter in one night.

I was afterall, having the fun that I deserved after so long.

And I was thinking to myself as I was happily toasting with my colleagues, that despite everything that happened... I am truly blessed... brilliantly so.

May 2012 brings forth many more! I am fucking looking forward to it.

Cheers! Drink to that!
Posted by Sarclover at 3:31 AM 3 comments:

... To spend the most of December with The Scotsman.

This month might be the last month we can spend together, as he might be gone next year.

It sucks when you are born in the wrong time that you can't be with the only one you can get along well with.

1) When your tweets are not replied or responded to by a local celebrity. LOCAL celebrities are nothing.

2) When your tweets are not replied or responded to by an International celebrity. They do not pay your bills.

Therefore, I am having difficulties understanding WHY is it that to some people... this is such a big frikkin' deal!

That said, the ultimate epitome of Chill-ness (For now) : 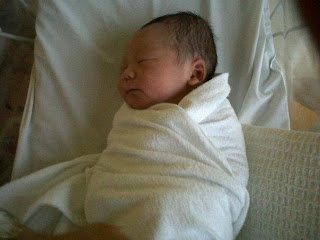