I feel that the whole world is conspiring against me.

I think I need more sleep.
Posted by Sarclover at 10:26 AM 2 comments:

Somebody please make me remember why was it that I enjoyed abusing myself a couple of years ago?

I weighed at a horrendous maybe 68 KG and I was, well... just unhealthy. I was a smoker and I see cigarettes as a defense mechanism somehow.

When I am upset then I will either turn to nicotine or alcohol.

I wished chocolates were one of my options but that wasn't the case. I am not a fan of chocolates, which comes to a lot of my dates as strange. 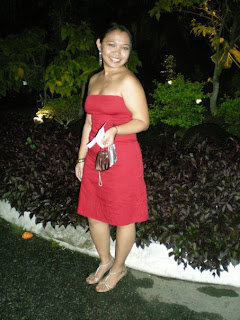 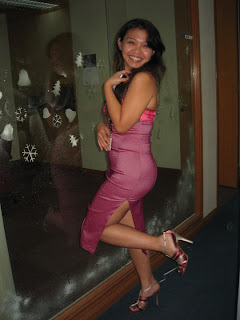 Now
I am so glad I am thinking straight now!
I no longer smoke (Well... just don't piss me off too much la! but it never go more than 3 sticks) and my last beer was in Malacca when we stopped by at a pub at Jonker Street.
I lost about 10 KGs and have managed to put off the lost. Back then, the weight just kept on coming back.
This change doesn't just affect me physically. My mind become clearer, more, sober and I managed to think through a lot of things, mostly stupid things in the past.
So am I happy? Proud would be the correct word that I should use. I am proud that I have changed to a better person.
Now the only way to go is... UP!
Posted by Sarclover at 6:18 PM 1 comment:

On Chinese New Year's eve, I was scrubbing my toilet and cleaning my room, while having migraine leftover before I slept it off after swallowing valium.

My mum was supposed to come on that day and later on told me that they decided to go to Melaka instead for a day trip instead of the 3 -ish hours journey to KL.

I was secretly glad that they called off the trip. I don't know if I am able to stay awake if they did come over to KL.

This also happened with my ex-boss' text.

Now I don't know if I did actually received those texts, the ones I thought I might have received in my dreams. Maybe I did but I subconsciously deleted them in my valium laden slumber.

But it was weird.

To be honest with you, Valentine's day is only a way to spice up couples' sex life a bit.

On this day, they give you things like mushy cards, roses, teddy bears and strawberries dipped with chocolate.

All of these compensates for the sex they are going to get later on at night. Of course, the sex will be slightly different. Potpourris, scented candles, melon flavored lubes and raspberry flavored condoms.

It is a 'love making' session rather than the normal in your face literal sex you would usually get.

Well, for me, there are no chance for me to ever have valentine's make love session as I never actually celebrated Valentine's Day.

I mean, what's the point of celebrating it? I am not even feeling any kind of remorse from not having anyone to celebrate it with.

That has to mean something about who I have become nowadays innit?

And yes... a young good looking guy asked for my number. He said that I looked 'cute'. I was thinking :

"Dude... do you even know that I just turned 31 and have no regards for intimate relationships anymore?"

But... I am trying to widen my scope. I gave him my number and walked off.

Yes... I give people chances. I am trying to anyway!
Posted by Sarclover at 8:36 AM 1 comment:

I have mixed feelings on my birthday this year.

And it's not between being sad or happy.

It was between being indifferent or just plain... well... bored.

So I am 31. My priorities changed over the last year. Professionally I transitioned to another position, a position I never thought I am going to be in.

I have always thought that you could never really find out what you are capable of doing unless you are thrown in a situation whereby you will have to live up to what your position expects you to do.

That was what happened to me. I was thrown, and I am surviving.

Despite working more than 50 hours a week, I gain a strange kind of satisfaction from work. Work is the only thing that makes sense to me right now, even though people's behavior sometimes throws me back a few yards.

Working, I don't have the time to think about anything else. It puts me in an objective state. I am not emotional and I put my aloofness to good use.

At 31, I discovered there's a lot of other things that deserve my attention. Strangely, although sometimes I would be thinking about a lot of relationship shouldas, couldas and wouldas, I managed to shift my attention to something else, like my health, concentrating on my work out schedule so I will achieve the 'Nike Mannequin' body.

Also, I received lots of well wishes on my FB page. This however makes me feel bad.

I am that hopeless, yes.

So... my first mini birthday resolution I am going to make is to remember other people's birthdays. I need to pin it up on a calendar or something.

Joyce and I was shopping for Bitch's birthday present when we saw some bra and panty sets going for a 50% sale.

Joyce was excited, most of the bras there were a cup B and was not my usual size. I thought I was a 36B.

Well... I found out that I was wrong.

The last time I blogged about this, this blog was trashed and I earned the nickname CupC from a loser of a blogger.

Will I be called CupB after this? Well... here's the thing...

When I was studying Socio psycho back in U (This out-fac subject was positively something that I flew through and make me realize that numbers are REALLY not my forte.), I used to ponder on people's behavior.

Now almost 10 years later *reminds me of my coming birthday next week!*, I thought, no wonder Jung and Nietzsche dedicated their whole life to make sense of humans.

This is my take on human beings...

It is insane to think of people as sane, because even those who thinks they are sane, are mostly insane.

It's like how that guy in the Matrix movie question why is it that chicken tastes like everything because the machines didn't really know how a chicken should taste like.

Maybe God gave up on figuring out what defines sanity, so he granted us insanity for survival.

Sanity is indeed subjective. Somebody else other than me might think that blowing RM 300 bucks for a pair of heels is insanity. To me, it's actually the sanest thing to do, especially when I am in my pissy mood.

Being in Management makes you rethink sanity. I wonder why people strolls in one hour late, why they called out sick more than 3 times in a quarter and how I and three of the management folks here are able to pull a 12 hour shift without being calculative (Which I am so grateful for).

I think, my objectivity is somehow perceived as insanity. I think the others see me as insane when I bombarded my compadres who are also among my good friends outside of work. When we stepped out of the office, we forget about what happened in the office and call each other bimbos.

I'll end this note with this Quote... which I found funny... simply because ... it actually makes sense.

Insanity in individuals is something rare - but in groups, parties, nations and epochs, it is the rule.
Friedrich Nietzsche (1844 - 1900)
Posted by Sarclover at 4:49 PM 1 comment: